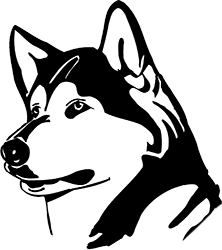 It’s a Great Day to be a HUSKY!

Candalaria is a kindergarten through fifth-grade school with an enrollment that averages around 340 students. Full-day kindergarten is available, and child care services are provided before and after school. Our nickname is the Huskies.

Construction on Candalaria began in 1955 and is named for the Candalaria Heights district of Salem. The school opened its doors for the first time in September with Harry Mohr Jr. as the principal with 210 students.

The name Candalaria comes from Mr. Looney who grew apples, cherries, pears, and plums, and who traveled extensively. On one of his trips he was so impressed by a ranch he saw in Cuba called “El Rancho de Candelaria,” that he named a hill in Salem after it. Candelaria comes from the nickname for the Catholic feast of the Purification of the Virgin, and before that from the Latin meaning “candle.”

The land Candalaria is built on had a lot of potential uses in addition to being an orchard, one of which was the possibility of being part of a central core area for the State Capital which was never built in South Salem. Salem would certainly be different if that had happened!